by Gabriela Araujo
Gaby does it all: she codes, she designs, she writes...there’s not much she can’t do! She can usually be found researching cool new tools to try, reading up about the latest tech news, and her dog Igor is low-key the office favorite.
7 min read

Below is Product School-style feature proposal assembled by our recent graduate, Ryan Cunningham, for Duolingo, a free, award-winning and addicting language learning product many people use every day, including Ryan.

Duolingo has a plethora of machine-learning optimized and dynamic vocab, pronunciation and reading comprehension exercises that help build your basic skills in a language. However, experts agree that the most confidence you get in learning a language comes from actually speaking it with another person early and often. That’s what Duolingo is missing, and that’s where Duochat comes in!

Let’s start by outlining the problems he found, then jumping straight to the prototype. After that we will walk through the different components of the development cycle that led him to Duochat.

Duolingo is far and away one of many people favorite products: it’s an innovative take on language learning, it’s award-winningly useful, and it’s totally free. It’s insanely habit-forming and fits the Hooked framework to a tee, with millions of fervently passionate language learners all over the world.

On top of the free app, Duolingo offers a Testing Center for users learning English to certify their newly acquired skills. This is accredited by several leading institutions like Carnegie Mellon, Google, and Uber to name a few. This test costs only $49 and can be taken from your computer at home, significantly less expensive and more convenient than exams like the TOEFL, which can cost upwards of $250 – sometimes a whole month’s salary in developing countries, which coincidentally are the ones trying to learn English the most.

Despite these innovative aspects of the business, Duolingo has had issues finding ways to monetize. They’ve publicly stated that they’ll never charge for language learning material, but a business is a business and the bills need to be paid. The Test Center is a fantastic incremental addition to the platform, as kind of a capstone for language learners that helps them showcase their new skills, but the conversion cycles can be quite long for universities, governments, and target companies. Duolingo needs a way to monetize in the short-to-medium term while the Test Center builds critical mass.

Furthermore, Duolingo faces the same kind of churn that other language learning resources do – after a while, people just seem to drop off. On Ryan’s leaderboard, for instance, he sees only 5% are actually monthly active users. For Duolingo in general, that number is closer to 8% as of 2015. While those figures are much higher than course completion rates for industry incumbents, which are closer to 2%; it was low enough to get him thinking about how to improve the product, to examine what users want and aren’t getting.

After putting the Product School toolkit to work, one such feature has come into view: a way for language learners in the Duolingo network to connect and converse with native speakers in their target language, building conversational confidence, increasing retention, and funneling them towards monetization via the Test Center. Meet Duochat by Duolingo.

In short, the MVP is an in-app chat feature allowing existing users to find and communicate with each other. It’s a fun way for Duolingo users to improve their target language skills by engaging and interacting with native or expert speakers of that language via text-based chat.

He put together a video of the Duochat prototype, as he uses it to interact with another Duolingo user by the name of Carlos.

Carlos is a 16 year old boy in Mexico City and an excellent student at school. He’s proficient in maths and sciences and very much wants to go to a secondary school to become a civil engineer. However, he’s found that some of the best schools for civil engineering are in the United States, which is primarily an English speaking country. He has a decent base in English vocabulary and grammar, but he seldom speaks in English outside of school since all his family and friends speak Spanish natively. Consequently, he’s not yet confident enough in his vocabulary or conversational skills to apply for colleges in the US. And on top of all of this, his family doesn’t make enough money for him to take the TOEFL. So even if he was confident enough in his skills, he couldn’t afford to show that to target universities. 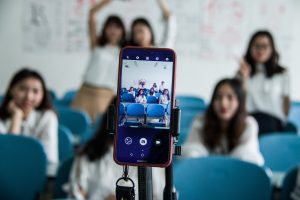 Below is how the app can work for both users.

He arrived at Duochat after interviewing a number of current and former Duolingo users, and combining him research with observations from online language learning communities. Among these groups, the most common sentiment he found was that although users loved the app and appreciated how fun it is to use, after a while they would “plateau.” Machine learning and ever-improving context-based content aside, after so many exercises or after finishing a skill tree users felt they weren’t getting any better in their pursuit of fluency, and would resort to supplementary external resources to assist them.

In the context of language learning, what these users are looking for is the confidence that is generated from active engagement, meaning actually using the target language in order to converse with another human.

In the case of Carlos, he wants to actively practice with people such that he gets the confidence he needs to apply to an American college, perhaps even taking the Duolingo English Proficiency Test as a secondary form of accreditation (which represents a monetization event for the business).

COMPETITIVE ANALYSIS
Polyglots all over the world (www.fluentin3months.com, www.thepolyglotdream.com) attribute their successes in language learning to conversing early and frequently, and chat services like HelloTalk (text-based) and iTalki (Skype-based) are most often recommended by language-learning experts because of the undeniable benefits of active engagement.

Even Duolingo power users have repeatedly mentioned (www.reddit.com/r/duolingo) that while Duolingo is their favorite way to build a platform in their target language, they still recommend moving on to consuming media and engaging with native speakers in said language in order to take the next step in their language learning journey. With Duochat, users like Carlos will never have to leave Duolingo in order to continue their journey to fluency. It’s full-stack language learning.

MEASURING SUCCESS
How will we be able to identify if Duochat is successful for users like Carlos? Expected metrics to improve include: 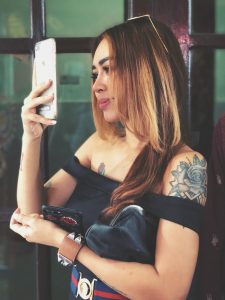 Testing
By executing A/B testing for users that match certain country:target language pairs, there is a high chance at targeting the most relevant users to measure our success metrics.

Duolingo has already published a list of the most popular languages by country, and has found that in terms of percentage of total Duolingo users, English is first with 53% followed by Spanish at 17%.

More specifically, the biggest overlap opportunities exist between the US and Mexico – there are very high concentrations of native speakers in both countries trying to learn the others’ majority language. This makes sense given the geographic proximity. Therefore he proposes to start A/B testing on users that fit the following profiles:

In Short
Duolingo is an amazing app and a renowned method for learning the basics of a new language. But for all its strengths, its incredibly low retention rate and consistent user feedback indicate that it needs more active engagement in order to keep users around. Duochat is a low-impact, educationally effective, and fun-to-use addition to the platform that millions of language learners need, want, and are getting from competitors like HelloTalk and iTalki. Its inclusion in the greater platform will boost user acquisition and retention, and nudge users towards monetization via the Test Center to showcase their new skills to target employers or universities. It takes Duolingo one step further towards becoming a full-stack language learning platform, true to its mission of providing free language education all over the world.

by Gabriela Araujo
Gaby does it all: she codes, she designs, she writes...there’s not much she can’t do! She can usually be found researching cool new tools to try, reading up about the latest tech news, and her dog Igor is low-key the office favorite.

Join the World’s Most Exclusive Community for Product Leaders

The Difference: Prototype vs MVP

Find out the main differences between prototypes and MVPs in product development. READ MORE

The definitive guide to Product Management, with everything you need to navigate all of our resources and become an… READ MORE

What are the essential tools and software for product managers in 2020? Update your gear with this tailored guide and… READ MORE

Take me back to the livestream Watch Live

How to Crack the Product Manager Interview by Google PM

JOIN FOR FREE
Do not read alone!

'The Product Book' is waiting in your inbox, but wouldn't you like to share a copy with a friend?

Leave a friend's email below and we'll send them their own 'The Product Book' straight away!

Get it for free
Offer expires in:

How to Get a Product Manager Job

Live
This Webinar Starts in

How to Shine in a Product Manager Interview by Facebook PM

How to Get Inside Your Customer's Mind

Fill the form and submit your application