by Gabriela Araujo
Gaby does it all: she codes, she designs, she writes...there’s not much she can’t do! She can usually be found researching cool new tools to try, reading up about the latest tech news, and her dog Igor is low-key the office favorite.
3 min read

Because it’s always important to understand your users and learn from them so you can develop the product they need!

While consumers “think” they want to change themselves, somehow their deep-rooted habits hinder their change. In this article, Kapeesh Saraf, Sr. Director of Product at Coursera, explains powerful tools that can be used in a product to change the mindset of users and motivate them to keep learning. During his time at Coursera, he has helped in the growth of Coursera as a product and their user base. 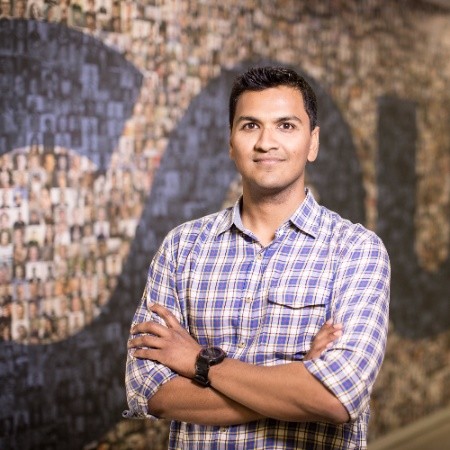 Kapeesh Saraf is Senior Director of Growth and Consumer Product at Coursera, where he closely monitors user growth and monetization across Consumer, B2C, Degrees and Enterprise businesses. He joined the company in 2014 to re-design Coursera’s learning experience, scaling it to 2500+ courses and driving a 3x increase in course completion rates platform-wide. Before Coursera, Kapeesh was Director of Product at Zynga. Kapeesh received his Master’s degree in Management Science from Stanford University and earned a Bachelor of Engineering degree from the University of Pune in India.

Whether your user is a rational decision maker or an instant gratification seeker, it is important to understand which part of the user’s brain your product caters to. It is never only about the information, even psychology matters. As Derek Sivers has quoted “If [more] information was the answer, then we’d all be billionaires with perfect abs.”

2. Creating a Frictionless Experience is Not Always What You Think

There are few real-world examples where users would drop courses they enrolled for various reasons like getting a new job, not finding the time to learn or going on a vacation. This was identified as an opportunity to innovate and they came up with the concept of “Learn on Demand”. By making their courses easily available to users where they could learn on demand, their retention value increased significantly.

When we think about designing the user experience Kapeesh explains the concept of Good Friction vs Bad Friction. Bad Friction gets in the way of people using your product while Good Friction enables your product to fit into your users’ lives by removing friction elsewhere; it enables people to actually get value from your product. We have to keep in mind that it is not good to eliminate all variables of frictions because good friction is, as the name says, a GOOD characteristic of the product.

3. The Power of Defaults

People – and users – make predictably irrational decisions all time. You will never know which feature works best until you test them. Kapeesh implemented deadlines to get people to complete the courses under a schedule. They ran a test of 3 variables in Coursera: 1. on-demand, 2. suggested deadlines and 3. default deadlines. 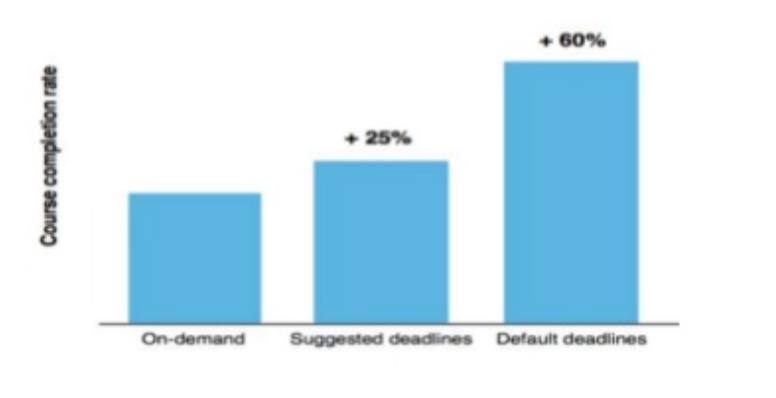 Under the 2nd variable (suggested deadlines) users were able to pick their preferred deadline from a schedule. Meanwhile, under the 3rd variable (default deadlines) users were able to see a default deadline, the same deadline for everyone enrolled in the course. By implementing the suggested deadlines, Kapeesh saw that 25% more users completed the course. While under default variables they saw a growth of 60%, which was the highest rate of all variables.

In cognitive psychology and decision theory, loss aversion refers to people’s tendency to prefer avoiding losses to acquiring equivalent gains: it is better to not lose $5 than to find $5. Learnings from subscription tests changed the mental model from “I purchased the course, I can learn anytime” to “If I don’t learn, I will spend more money”. As a result, people’s actual learning went up significantly.

Do you know what your users are expecting from your products? Share your comments with us!

by Gabriela Araujo
Gaby does it all: she codes, she designs, she writes...there’s not much she can’t do! She can usually be found researching cool new tools to try, reading up about the latest tech news, and her dog Igor is low-key the office favorite.

Join the World’s Most Exclusive Community for Product Leaders

The Difference: Prototype vs MVP

Find out the main differences between prototypes and MVPs in product development. READ MORE

The definitive guide to Product Management, with everything you need to navigate all of our resources and become an… READ MORE

What are the essential tools and software for product managers in 2020? Update your gear with this tailored guide and… READ MORE

Take me back to the livestream Watch Live

How to Crack the Product Manager Interview by Google PM

JOIN FOR FREE
Do not read alone!

'The Product Book' is waiting in your inbox, but wouldn't you like to share a copy with a friend?

Leave a friend's email below and we'll send them their own 'The Product Book' straight away!

Get it for free
Offer expires in:

How to Get a Product Manager Job

Live
This Webinar Starts in

How to Shine in a Product Manager Interview by Facebook PM

How to Get Inside Your Customer's Mind

Fill the form and submit your application